Lord Shiva does the treadmill as Sarasawti advises students (satire)

Lord Shiva was on the treadmill working hard to shed those unwanted kilograms that kept gathering around his waist. His wife kept taunting him about the paunch and she had made it mandatory that he does the treadmill every morning before breakfast. He ha argued that he would do sit-ups or parallel bars but Durga insisted that it must be the treadmill and, treadmill it was. She had purchased it online and kept a tab on its usage.
Shiva looked at the Sun and understood that he had done enough for the day – he could now safely switch off the machine. But, Durga was watching from her kitchen window.
‘OK for today,’ she said. ‘You are five minutes short. Tomorrow you must make it up.’
Shiva wiped the perspiration from his neck and signaled to his trusted disciple Bhringi who was hiding behind a clump of bushes. He knew what his master wanted and was ready with the chillum of Shiva’s favorite mood setter.
Suddenly Lakshmi and Saraswati emerged from their rooms. While Lakshmi had been on her laptop trying to solve the complicated problems of finance, her sister Saraswati had plenty on her mind because board exams were on and she was getting desperate pleas for help from distant corners. The callers were the students.
The ringing of the mobile phone broke the silence. It was for Saraswati from one of her millions of fans.
‘Yes,’ Saraswati responded. 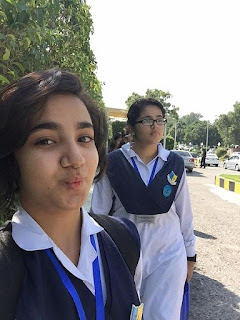 ‘I am in trouble,’ the girl at the other end was in tears.
‘What happened?’ Saraswati asked.
‘Today it is English exams as per schedule and I have come prepared for that. I have mugged off all the latest suggestions.’
‘So – what is your problem?’
‘I have mixed up the dates.’
‘What do you mean?’
‘Today is Monday, right?’
‘Yes.’
‘The actual exams today is for Bengali. English is next Monday.’
‘You mean you mixed up the week?’
‘Yes – what do I do now?’
‘Well – answer the Bengali paper.’
‘But – I have not come prepared. You must help me.’
‘I just don’t understand why a Bengali girl cannot answer questions in Bengali. Concentrate and put pen to paper. Something will come out.’
‘Oh dear God,’ the girl cried. ‘How can you let me down like this? I always pray to you, I have your photo on my table, I fasted on the Puja day. You can’t let me down.’
Saraswati disconnected and the phone rang again. It was another student. (to be continued …)