Moody was excited but, as is his rule, he maintained a straight face. It was the prediction of a learned astrologer that had sent him soaring to cloud nine. He had appeared in his sleep, that too in early morning with the message – ‘go after get Big Daddy, you are sure to get him’.
And, it is said that such early morning visions are always good omen.
‘You seem to be happy,’ his right hand man Jet Lee said. He had followed Moody into the chamber.
‘Have you ever seen me unhappy?’ Moody shot back.
‘With so much worries, no one is happy,’ Jet Lee philosophized.
‘I have always been an exception,’ Moody said. ‘I am setting new trends. I want tigers and cows to drink water from the same waterhole.’
‘I know,’ Jet Lee said. ‘With Big Brother retiring next year, how will you handle the super powers?’
‘Right now I want to handle another Big name,’ Moody said.
‘How big?’
‘Very big. He is Big Daddy who has unleashed terror in the world. None of the super powers have been able to rein him in.’ 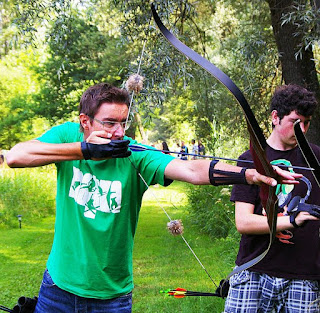 ‘You mean the man who loves to behead people and get the process videoed?’
‘Yes. The super powers have launched airstrikes on his bases. They have sent drones to hunt him down. But he is sitting pretty. He has evaded every super power. I want him eliminated.’
‘That is a good idea,’ Jet Lee said.
‘What idea are you talking about?’ Sue Sharma asked as she entered.
‘The idea to eliminate Big Daddy,’ Jet Lee explained. ‘We will succeed where others have failed.’
‘Yes. We have shown our might to the world in the R-Day parade and we can do what others have failed to do.’
Pyari Kar and Vicky Singh joined the group. Moody had called them in. They were his defense experts.
‘Have you decided on which weapons you will use?'
‘We have our very own fighter aircraft and missiles.’
‘But – Big Daddy has fought off all those weapons. We must take him by surprise in his den. We must go in for unconventional weapons.’
‘You mean hypnotism?’
‘Well – that is an idea. But, I have an even better one.’
‘We could go in for the boomerang,’ Pyari Kar suggested. ‘Or – even develop a Sudarshan Chakra.’
‘We do not have that much time,’ Moody said. ‘I suggest a team of archers – armed with bows and arrows. Followed by teams of lathi (stick) wielding men. The lathi is a formidable weapon in trained hands, they can overpower any army.’
‘Right,’ Jet lee nodded. ‘Lord Rama used his bow and arrows to defeat the demon king Ravana – we can also do the same.’
‘Yes,’ Pyari Kar agreed. ‘Big Daddy is the Ravana of today.’
Moody heaved a sigh of relief and reached for the customary plates of dhokla and gathias. (to be continued …)