Bruto Bose was excited – the brand ambassador of the state had, at last, found some time to come down and shoot a few videos to highlight the tourism potentials of the state. Bruto knew that Didi would be happy at his results.
But, things did not work out as he had expected when he met her face to face. She was there in her office with Moo Cool, Abhi Shake, Patro Chatto and Omit Misra – they were her most trusted four pillars of support. Her team of Fantastic Four.
‘Where you have shot the videos?’ Didi asked Bruto.
‘The hills of Darjeeling, the beaches of Digha and the forests of the Sunderbans,’ Bruto explained.
‘That is why I keep getting annoyed at you,’ Didi was blunt. ‘You are a well-known actor yourself, why could you not influence another actor to do something different?’ she gave a sarcastic grin. It was her specialty.
‘I forgot, we shot a video in the millennium park on the banks of the Ganges,’ Bruto said. 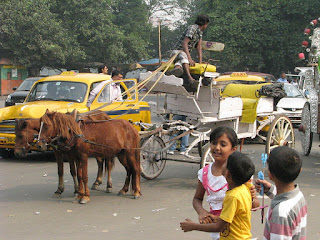 ‘You must have also enjoyed a 5-star lunch on the floating restaurant?’ again she passed another sarcastic comment. Bruto Bose shifted uneasily in his chair. He knew that it was a difficult task to ask tourists to come to the state. In fact, the locals were trying to move out because of lack of opportunities. This in spite of Bengalis loving their wide variety of foods, their abundance of festivals, and multitude of fairs be they of books or handicrafts.
‘Have you given some thought to my idea?’ Didi asked.
Bruto Bose blinked. Didi was always having ideas. Which idea was she talking about now?
‘Didi wants to know about the underwater restaurant,’ Moo Cool whispered. ‘Like the one that has come up recently in Ahmedabad.’
‘I have thought about it,’ Bruto cleared his throat and said. ‘I have discussed with the engineers. They will draw up plans of the restaurant. It has to withstand the pressure of water. And, we have to decide on the location.’
‘I have already said it must be in Outram Ghat,’ Didi said.
‘There should be more than one,’ Bruto said. ‘Outram Ghat is one location. I think we should decide on other locations. More such restaurants mean more tourists.’
The worst part is that Didi was aware of the pitfalls of attracting tourists but, she always put up a brave face and never surrenders. In order to improve air connectivity, she had inaugurated several air routes – but, passengers are not coming.
Her motto is ‘ekla chalo’ or ‘go it alone’.
She had successfully won over the people with her philosophy and hold the reins of the state. Is she gradually realizing that she had bitten off more than she could chew?
‘What are you waiting for?’ Didi asked. ‘Put your heads together and work out the modalities.’
‘Yes,’ Moo Cool agreed. ‘Let us do that. Let us woo tourists with our underwater restaurants.’ (to be continued …)