Lord Ganesha and Kartika discuss the game of cricket (satire)

Lord Ganesha and his brother Kartika were having a heated argument over the game of cricket which is the rage on the day. There was the senior team, the under-19 team, the women’s team and, players kept getting in and out of the team while a selected few continued to remain in the side, come what may.
‘I insist that cricket is a game of fools,’ Kartika said. ‘Remember what a learned person had said about cricket?’ ‘What?’ Lord Ganesha asked.
‘He had said that cricket is a game of fools. One fool throws the ball, another fool hits the ball, eleven fools chase the ball and millions of fools watch the ball?’
Ganesha laughed.
‘That needs to be modified,’ he said.
‘What do you mean?’
‘You forgot to add another three more fools who keep track of the ball.’
‘I don’t understand.’ 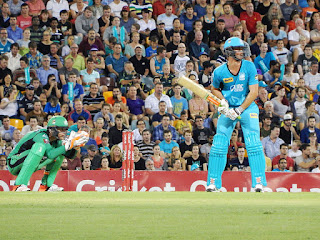 ‘I mean the umpires – there are three of them to keep track of the ball. Two on-field, the third one isolated and sitting in an air-conditioned box with his eyes glued to the TV screen.’
It was at this time that Lord Shiva came into view. He had been in the gym doing the treadmill because Durga had warned him to reduce his weight because a Shiva with a paunch is not a pleasant sight.
He had Bhringi with him, he was carrying towels and Shiva was using it to wipe the perspiration from his body.
‘What are you boys fighting over now?’ he asked.
‘Cricket,’ Kartika said. ‘I said that it is a game of fools but my brother does not agree.’
‘I see,’ Shiva said and occupied a seat on another hillock. ‘In my opinion, cricket is a game of the intelligent.’
‘How come?’ Kartika objected.
‘Those who play the game are experts in geometry,’ Shiva explained.
‘Geometry?’ Kartika was aghast.
’Yes,’ Shiva grinned. ‘Unless you know your geometry, you just cannot guide the ball with the bat through open spaces to avoid the fielders and score runs.’
‘I don’t agree,’ Kartika said. ‘Many of the players have not even graduated, they have no idea of tangents and angles.’
‘That is the beauty of cricket,’ Shiva grinned. ‘With so much cricket being played, let us keep the debate open on whether cricket is a game of chance or needs deep knowledge of the sciences.’
‘Of course it is a game of chance,’ Ganesha gave his opinion. ‘The outcome on any game depends on the toss – and, that is chance.’
‘Unless the coin is doctored, like in Sholay’ Kartika added. (to be continued …)