Didi has, of late, gone into a shell – those in her close circuit say that she is seeing red. There is a saying – don’t show the bull a red rag. And, that is just what is happening. She is having a tough time to keep her cool.
Therefore, when she summoned her close aides over to her house for a cup of tea, they all spelt trouble – they knew she was in jitters. So were they. The future looked bleak until some miracle happened.
‘Has everyone arrived?’ Didi asked as she glanced over the grim faces in front of her.
Moo Cool, Abhi Shake, Dee Wreck, Omit Misra, Patro Chatto, Show Van and Fear Had – all were there. Smile was forbidden in her presence and, if she cut a joke, the others could, at best, smile. Just stretch the lips to smile.
‘Has the instruction been given to destroy all red paint?’ she asked Show Van.
She was greeted by a nod. 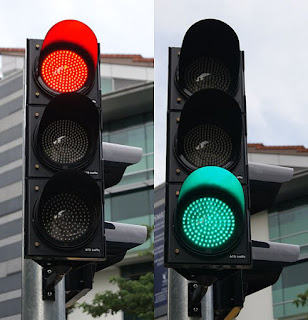 ‘What have you instructed?’ she looked at Show Van.
He squirmed under her gaze.
‘All paint factories have been told to stop production of red paint,’ he said. ‘No one can dare to paint the town red now.’
‘I have also written in the social media about the ill effects of red – we do not want anyone to see red,’ Dee Wreck said as he wiped his thick glasses.
‘I have also sent out word that beetroots should not come to the markets,’ Moo Cool added.
‘And what about Patro?’ Didi asked him. ‘Have you told the schools and colleges? Especially the arts college. They love to dab in red paint.’
‘All schools have been told to ensure that children do not use red color tubes. The tubes must be removed out and deposited with the class teacher who will have to destroy them,’ Patro panted out the words. He always panted when he spoke – it was his huge body.
It was Omit Misra who now spoke.
‘One red will still remain,’ he said. ‘And – we just have to bear with it.’
‘What do you mean?’ Didi asked. ‘We have removed all traces of red. How can any red still remain? I think you are mistaken.’
‘No,’ Omit Misra smiled. ‘That just cannot be wished away. It is an international affair.’
‘You mean the Chinese and the Russians?’ Didi asked. ‘They are being taken care of by our friend Moody.’
‘I mean the red lights at traffic signals,’ Omit Misra said. (to be continued …)