It is well known that our beloved Didi is a generous woman – her heart bleeds for the millions of kids who do not have shoes, for the millions of girls who do not have bicycles, for the millions of youth who are educated but do not have any job. She wants her people to be happy.
Suddenly her phone rang – it was Moo Cool.
‘Yes,’ she said.
‘I have drafted the notification for the holiday,’ Moo Cool said. ‘Shall I bring it to you for signature?’
‘Give it to Patro Chatto,’ Didi instructed. ‘He knows what to do. With a holiday on Maha Shivratri our people will be happy. That is what I want. I want my people to be happy. They will get a long weekend and will enjoy it in the zoo garden or Nico Park.’ 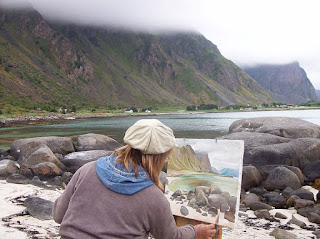 ‘And – the rumors of tie up is increasing,’ Moo Cool added.
‘I am not worried. I have come up the hard way,’ she went on. ‘I have my own strategies. I know how to cozy up to whom and when. I will never be distracted by anybody.’
‘Some of our boys are misbehaving again and again,’ Moo Cool said. ‘They are becoming greedy.’
‘I have scolded them. You are there to take care of Arra Bull, Money Rule and Anu Mandel. People like you yourself, Dee Wreck, Abhi Shake are my pillars. You know how to deal with them.’
And, Didi cut off the phone.
It is a vicious circle in which she was caught – but, she was not worried. She had at her disposal several Gouri Sens who would willingly bend over backwards to fulfil her wishes, no matter how outlandish they may be.
Sitting in her chamber in Nabanna, our Didi knew that she has the world eating out of her hand. She knew that she had a whole lot of enemies but she was not afraid – she had created a team of Franksteins and it was a formidable force.
She called them her team of naughty boys (and, girls). Yes, she had empowered the girls also because it was a war to her and, as the saying goes, all is fair in love and war.
With a sigh, she removed the covering from the canvas on the easel and picked up the paint brush. The time had come to paint another rosy picture. (to be continued …)

Lord Shiva does the treadmill as Sarasawti advises students (satire)

Moody & Co to invite Eskimos for the Yoga meet (satire)

US and Cuba to restore commercial flights after 50-years


Quantum jump for Priyanka Chopra from Quantico to Baywatch