Things were getting jittery for Abhi Shake – from the way Didi behaved, he had got the impression that Moo Cool was a goner and Abhi could occupy the seat quite easily. But – that may not happen so soon.
‘What is biting you?’ Omit Misra asked. He was a wizened old soul and knew from experience that there was trouble brewing.
‘Nothing,’ Abhi replied – ‘actually, I was thinking about nolen gur. This year, winter has not set in properly and nolen gur is suffering.’
Omit Misra grimaced. Abhi had, unknowingly, touched a tender spot. Didi had asked to invest money in the nolen gur industry and, with the climate playing truant, how could such an industry survive? 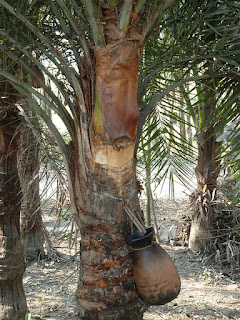 ‘I am worried about the return of Moo Cool,’ Abhi admitted.
Omit Misra knew that the return of Moo Cool had spoilt the party for many stalwarts. He had heard that Moo Cool and Didi had a long association and he also knew that Moo Cool always thought up winning strategies. Omit had an inkling that Didi would suddenly spring some surprise.
Suddenly Dee Wreck entered with Show Van and Patro Chatto.
‘Why are you so forlorn?’ Dee Wreck occupied the chair beside Abhi and asked.
‘I am worried about nolen gur,’ Abhi said. ‘It has vanished from the market.’
‘If you want I can get you loads of them,’ Dee Wreck said. ‘Do you want the raw gur or the finished product like nolen gurer sandesh? I know a shop that can supply in Kgs.’
Before Abhi could reply, Patro cleared his throat to draw attention.
‘As you all know, Didi is worried about the new-found energy of the Reds,’ he spoke. ‘She wants to wipe them off the slate. And, we must help her retain her position. Remember, if she goes, we are sunk.’
‘I will launch a campaign in the social media,’ Dee Wreck assured. ‘That is the best way to attract attention.’
‘I will gather support from the poor gur makers,’ Abhi said. ‘Their votes will also count. Since nolen gur is what our brothers pine for, I will take up the issue and fight for their cause. If they survive, our industry will also survive. It does not require much land. Whatever land bank we have will be sufficient. Investment also is less but profits are huge. Remember the Amitabh Bachhan movie Saudagar – the name means ‘businessman’.’
Omit Misra heaved a sigh of relief. If only some business house invested in nolen gur it would open up the doors for others. (to be continued …)

Moody gifts his neighbor a turban on his birthday (satire)


Use online honey trappers to test the fidelity of the spouse

Migrants ready to pay £1,200 to people smugglers for trip across Channel in UK-registered car

US airdrops 50-tons of ammunition for M-16s and AK-47 to Syrian fighters
Posted by prabir ghose at 10:09 PM